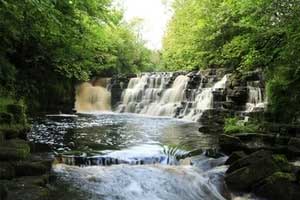 Pol an Eas means ‘waterfall bath’ or ‘bathing place’ as gaelige. The two waterfalls, found nearby, are seperated by a water pool where locals swim when the weather gets warm. Pol an Eas is in Aughnasheelin and is just 5km from Ballinamore. 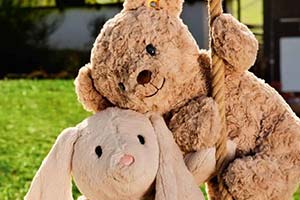 Bear Essentials Visitor Attraction Cavan is located in West Cavan at the border of County Fermanagh and County Leitrim just beside Brackley Lake.

Bear Essentials visitor attraction Cavan is part of Ireland’s Craft Studio Experience. The Crafts Council of Ireland and Fáilte Ireland have joined forces to help holidaymakers find the best studio experiences in Ireland. Some days you will see the team working on new teddy bear designs and on others they will be restoring old Teddy bears. They also have an international Teddy Bear Hospital. There are gardens and picnic areas as well as green houses around the place for you to have a rest and a playground in the woods for the children. 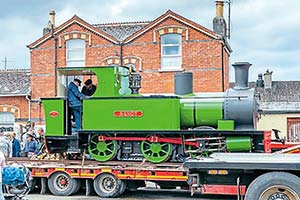 Hop on board an early 20th century steam train at Cavan Leitrim Railway. You’ll find the original station beside the current Dublin to Sligo stop, in the pretty fishing village of Dromod. History buffs and those with a keen interest in transport and engineering love the collection of old aircraft and vehicles. There’s also a variety of artefacts from the two World Wars on display, demonstrating the part transport played in battle and civilian survival. 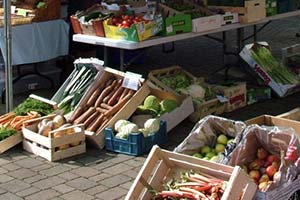 Carrick-on-Shannon Farmers market offers a whole host of produce and tasty treats for all the family. The produce is locally produced ensuring that only the freshest seasonal produce reaches the stalls. At the market you can find fresh fish, meat, bread, eggs, farmhouse cheeses, and the most beautiful and freshest of flowers at Leitrim Flowers stall. There is something here for everyone. 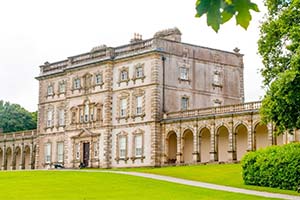 Located around 20 minutes from Ballinamore, Florence Court is one of the most beautiful Georgian houses in Ulster, nestled against the wild mountain backdrop of Benaughlin and the Cuilcagh Mountains. The house and demense, formerly the home of the Earls of Enniskillen (Cole Family) is one of the most important Georgian Houses (18th century) in Ireland, and holds a fascinating collection of Irish Furniture and some of the best Rococo plasterwork in Ireland. *Please note house currently closed*. You can enjoy glorious walks around the grounds which include a pretty walled garden, holiday cottage, sawmill and ice-house. 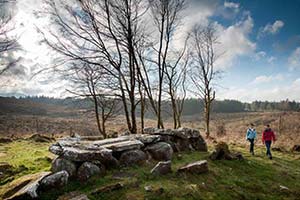 Cavan Burren Park is a unique place where geological and archaeological features are gently revealed in an open and natural setting. Peaceful birdsong, intriguing nature, stunning views, a Visitor Centre and five marked trails are waiting to be discovered. One of the marked trails is multi-access, so this really is a fantastic place for everyone to explore (and it is dog friendly too!). 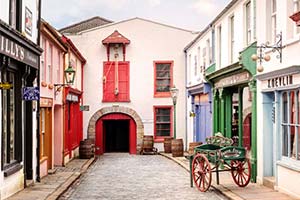 The Ulster American Folk Park brings to life the human drama behind three centuries of Irish emigration, telling the remarkable story of the vast human tide that crossed the Atlantic for the New World of North America. Hightlights of the park include 40 acres of adventure, bringing the story of Irish emigration to life, The thatched cottages of Ulster, including the famous “Mellon” homestead. an Ulster street, complete with original shop fronts, an American street reconstructed alongside a full-scale dockside galley and ship and costumed characters relating tales of everyday life and customs while demonstrating traditional crafts and skills. 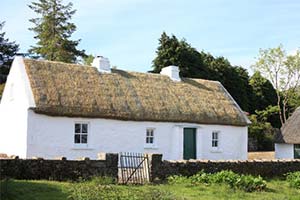 One for the history buffs, at Kiltyclogher Heritage Centre you’ll learn all about the life of political activist Sean MacDiarmada, one of the signatories of the Proclamation of Irish Independence. The exhibition is largely focused on his role in the 1916 Rising and, nearby, his cottage is the last remaining home place of any of the seven signatories. 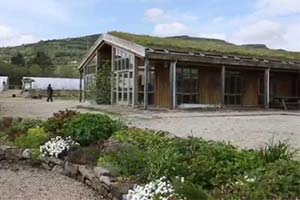 The centre has demonstration organic gardens with seven poly-tunnels, where they teach and encourage guests to grow organically themselves. They also have an eco shop, where guests can purchase organic seeds, the necessary gardening tools, and informative books. 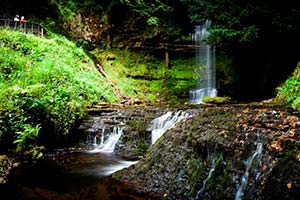 Referenced in the The Stolen Child by W.B. Yeats, a walk through the woods near Glencar Lough brings you to Glencar Waterfall. You can pack some lunch to enjoy in the pretty picnic area found a little further away below; this is a place where you’ll happily spend a few hours.

“Where the wandering water gushes, from the hills above Glen-Car. In pools among the rushes, that scarce could bathe a star”. 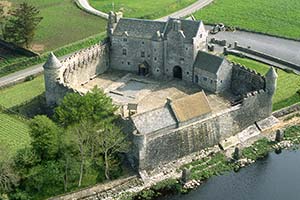 Originally the stronghold of the O’Rourke Clan, Parkes Castle is a plantation era fortified manor house overlooking the beautiful banks of Lough Gill. In the cobbled courtyard, you’ll find the foundations of an earlier defensive structure and remnants of a traditional 17th century blacksmith forge. Inside, learn all about the rulers of the kingdom of Breffni at the audio-visual exhibition before exploring the impressive turrets and round towers. 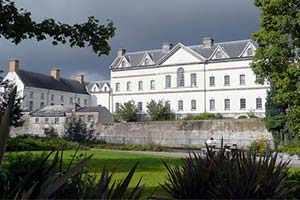 King House was built in 1730 as the seat of the King Family, a powerful landowning dynasty. The house later became a military barracks and recruiting depot for the famous Irish regiment of the British army, the Connaught Rangers. At the end of the Civil war in 1923, the barracks passed into the control of the Irish Free State Army. Following many years as a merchant’s store, King House was saved from demolition in the 1980’s and restored to its former Georgian style by Roscommon County Council.The house is now open as a museum housing many exhibits. It is home to the Connaught Rangers museum, the McAleese Collection, Boyle Civic Art Collection, a tribute to Maureen O’Sullivan, a look at Gaelic Ireland and it also houses an exhibit to its time as home to the King Family. 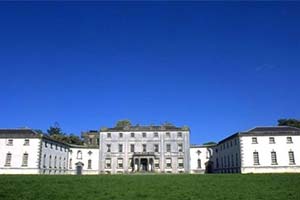 Visit Strokestown Park House and admire its impressive Palladian architecture. Travel back in time to Georgian Ireland and see some of the estate’s original features such as the galleried kitchen, the vaulted stables and the lodge. Meander around the walled garden and discover horticultural practices and garden architecture from the 1740s right up to the present day. 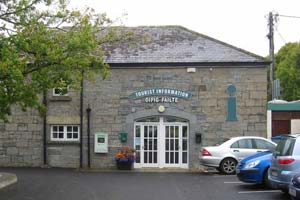 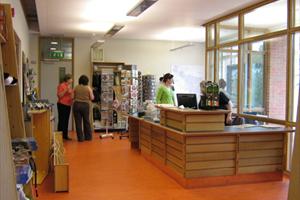